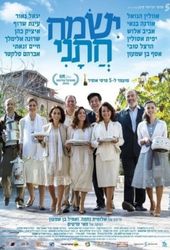 
A bar mitzvah mishap causes a major rift in a devout Orthodox community in Jerusalem.  Directed by Emil Ben-Shimon and written by Shlomit Nahama, the critically acclaimed film follows the stuggles after an accident which destroys the synagogue's women's balcony and ushers in a new rabbi.  The movie examines the roles of religious beliefs, rituals, traditions, and attitudes, and how each of them shapes the individual and the community. 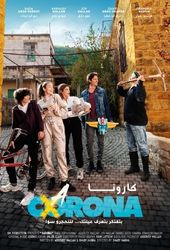 
Carona was written by Abboudy Mallah and directed Shady Hanna.  It is a comedy in Arabic with English subtitles about a Lebanese family's experience in the COVID-19 era.  After a neighbor is diagnosed with the disease, the family decides to leave their life in the city behind and to shelter in a small remote village.  While living in an old, run-down house with no electricity and no internet, the family rediscovers a lost identity and family history. 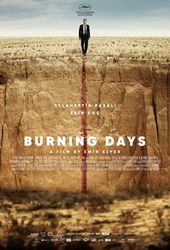 The Turkish Program had a fieldtrip to the Chicago International Film Festival to screen the newly released thriller.  The movie is in Turkish, and it was written and directed by Emin Alper.  Emre is an idealistic young prosecutor.  He is newly appointed to the rural Turkish community of Balkaya, and he finds himself being pulled into a political conflict during his first murder investigation.

Did you miss one of the movie nights we offered previously?

Catch up on these films that were selected by our Faculty.  We hope that the movies inspire fruitful discussions across languages, countries, and cultures and that they help us understand and gain respect for contrastive perspectives, values, believes, traditions, and world views.

Fill the Void was written and directed by Rama Burshtein and it won several Ophir awards.  The film focuses on life among the Haredi Jewish community in Tel Aviv, as an 18-year-old girl is asked to cancel her upcoming marriage to a promising young man and marry her widowed brother-in-law instead.

This film was written and directed by Ofir Raul Graizer, and it also was the winner of numerous Ophir awards by the Israeli Academy of Film.  This beautifully crafted film follows the affair, and its aftermath, between German and Israeli lovers.

This Egyptian-American documentary film by Jehane Noujaim depicts the ongoing Egyptian Crisis, starting with the Egyptian Revolution of 2011 at Tahrir Square.  The film received universal critical aclaim, was nominated for the Academy Award for Best Documentary Feature, and won numerous audience choice awards.

Set in 1981, the film was written and directed by Joseph Cedar and it follows the story of a young widow who wants to join the founding group of a new settlement of religious Jews in the West Bank.  She must convince the acceptance committee that she is worthy, and then address her daughters' objections.

This powerful film was directed by Nadine Labaki and it received numerous awards including the Cannes Jury Prize.  A hardened and streetwise twelve-year boy sues his parents in protest for the life they have given him.

The film takes place in a small development town in 1968 and narrates the struggle of Moroccan and Indian olim, and it focuses on the relationship of two girls, Sarah and Nicole.