We would like to welcome you to our Arabic Program. We are excited that you are contemplating learning or continuing with Arabic and we hope the information on this website will be useful for you in making a decision.

Why learn Arabic?
Arabic is one of the most useful languages you can learn: there are over 7000 languages spoken in the world – and Arabic is in fifth place (behind Chinese, Spanish, English, and Hindi) with over 300 million native speakers.  There are 26 countries where Arabic is officially recognized by the government, with 18 having a majority of their people using it as their first language (Arab world where Arabic is the primary language). Speakers of Arabic are largely  concentrated in North Africa, the Arabian Peninsula the Middle East, but there are minority groups of native speakers throughout the world.  Arabic is also one of the six official languages of the UN (in addition to English, Spanish, French. Russian, and Chinese).

The Arabic Language
Arabic belongs to the Semitic language family. It uses the Arabic script (written from right to left) which is the third most widely used script in the world (after Latin and Chinese). Arabic is not just one language: there are about 30 widely diverging regional spoken varieties (each country has its own dialect) as well 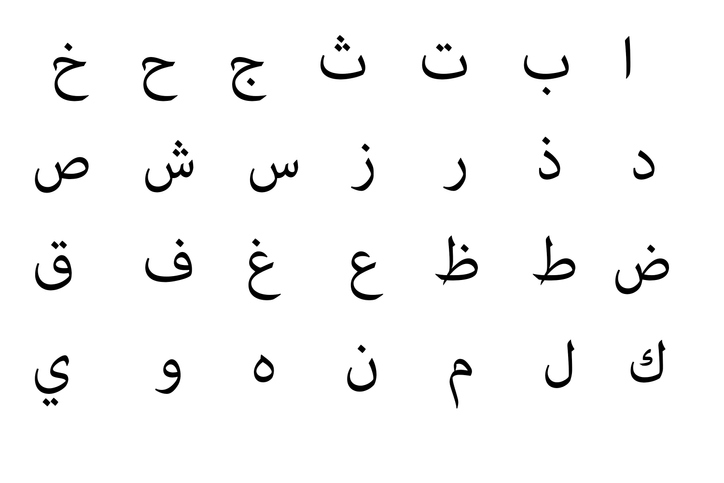 as Modern Standard Arabic (MSA), the standardized literary Arabic.  The regionally recognized dialect is usually learned as a first language during childhood and is used to communicate with family members and people on the street. The more formal MSA is subsequently learned in school. It is used in Arabic media, official documents, books, and academic journals – basically, in most written materials regardless of what dialect the locals actually speak. While Modern Standard Arabic (MSA) is understood to a certain degree across the whole Arab region, very few Arabs actually speak it on the street.  (And to make it even more interesting, sending messages via cellular phones and over the Internet in Arabic, most people use a chat Alphabet called Arabish. It is a character encoding of Arabic to the Latin script and quite different from MSA.)

MSA or dialect?
Given the complex language situation, the question of what to teach learners of Arabic has been difficult to resolve for any language program and has become a contentious issue with proponents on both sides.  There is no easy answer and it really depends on a person’s goal for studying Arabic.  Many new Arabic students tend to learn MSA, particularly in universities. Learning MSA will allow students to understand the Arabic media, official documents, books, academic journals. This is particularly helpful for students who are interested in literature, history, regional news, politics.  Many students, however, want to study Arabic also for more practical purposes: they have relatives or friends in the region with whom they want to converse,  they want to travel to a country or a region where Arabic is spoken and want to learn about its culture and heritage, they want to study abroad and want learn the colloquial local dialect so that they can speak to the people in the street, or they want to move to a certain country or region to work there after finishing their studies.

Our Program
Whatever your reason to study Arabic, we have put together a program that tries to do justice to most students’ goals by offering opportunities to learn and practice both, MSA and a dialect.  In an attempt to 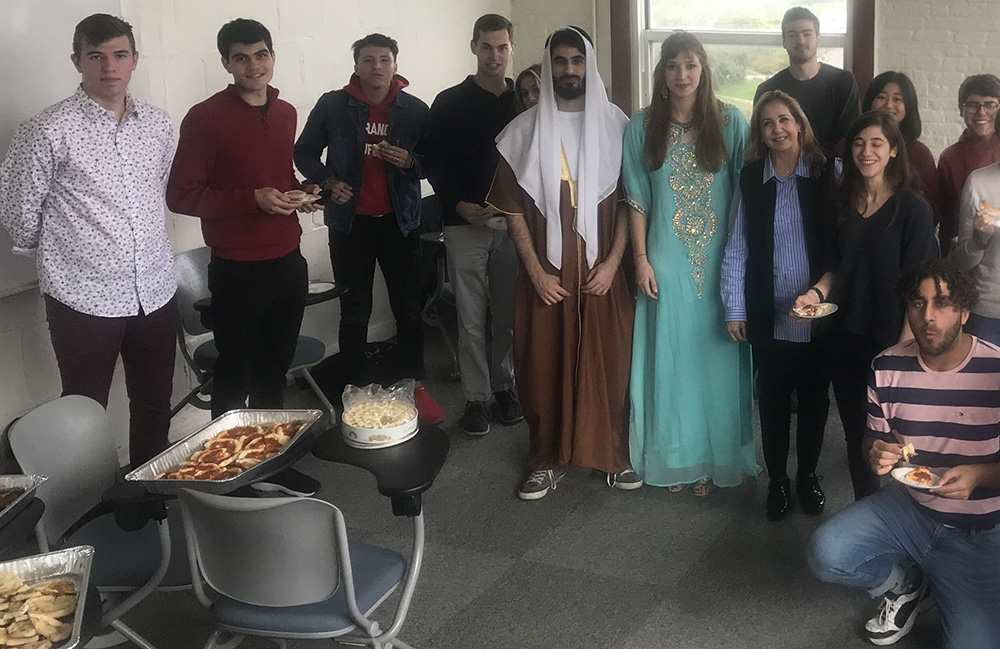 mimic the native speaker environment, students in the first two years of our program will learn basic speaking, listening, reading, and writing skills in MSA as well as basic vocabulary and phrases in one of two high frequency regional spoken varieties (either Egyptian or Levantine). For those students who want to go further, we offer quarter-long courses in either the Egyptian, Levantine, or Moroccan dialect open to those who have at least one year of college Arabic or equivalent. As students move up in their Arabic proficiency, course content will focus more on Modern Standard Arabic. However, during in-class discussions and out of class practice, students should feel free to infuse their spoken Arabic with any dialect they might have learned in previous classes or encountered while studying or living abroad. Our Arabic courses are and carefully sequenced (Please review the Proficiency Goals here.) However, we offer a myriad of opportunities for you to engage and practice the language outside of class, from the regular language tables held throughout the quarter, to movie nights, to practicing with native speakers.