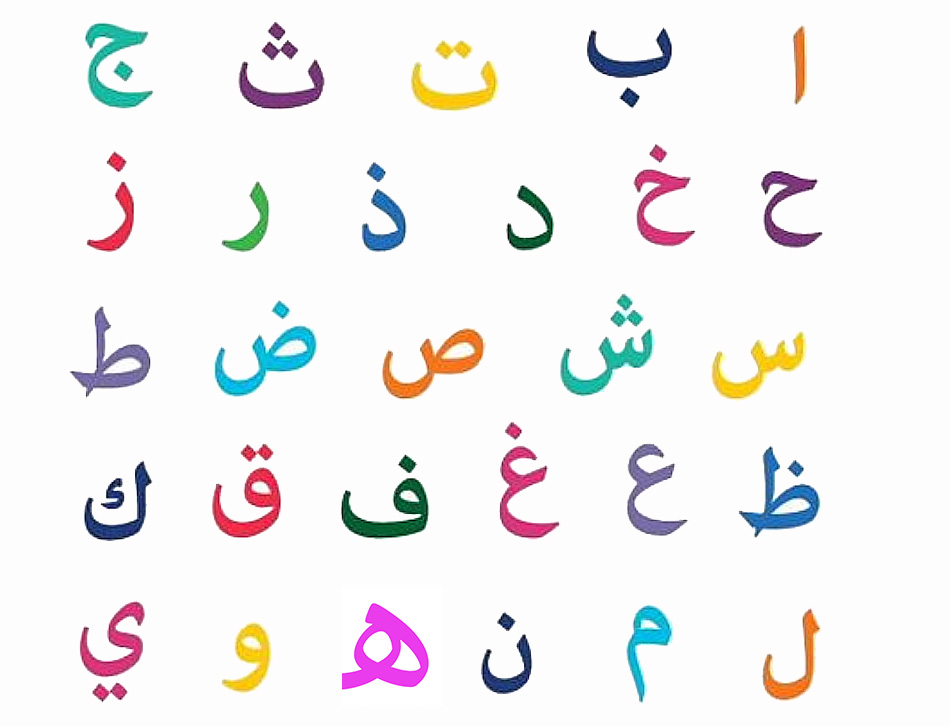 In order to read and write in Arabic, you need to know the  Arabic alphabet.  The Arabic alphabet is the second most widely used alphabetic writing system in the world (the Latin alphabet is the most widely used). The Arabic alphabet contains 28 letters, all representing consonants. Arabic is written from right to left in a cursive style; that means, when writing a word, the letters are joined together in a flowing manner, generally for the purpose of making writing faster. The Arabic alphabet does not use upper or lowercase letters as in the Latin alphabet. However, the shape of each letter depends on its position in a word—initial, medial, and final. There is a fourth form of the letter when it is written alone.  A set of diacritical marks are sometimes used to represent short vowels and certain grammatical endings otherwise left unmarked. The letters ālif, wāw, and yā, respectively, are used to represent the long vowels a, u, and i.

The Arabic alphabet is actually a lot easier to learn than you might think.  Once you understand a few of the basics, you’ll discover how much progress you can make quickly. The best way to become fluent in writing the Arabic letters is to continue practicing the shape of each letter until you develop the necessary muscle memory so that you don't have to  think about it anymore.

LEARNING THE ALPHABET WITH THESE VIDEOS

There are plenty of videos and apps to help you learn the alphabet of Arabic. They are good options since they frequently combine both audio and written learning for a well-rounded approach giving you more practical experience using the new letters.  Checking out these resources during the summer before you start your Arabic class would be an excellent way of accelerating your learning.

Arabicpod101.com is a free website with a video series that teaches you the Arabic alphabet. You can register for free. Once you are logged in, select “Lesson Library” (pull-down menu on the top), and then go to “Arabic alphabet made easy” (15 brief lessons with just the letters; excerpts from “alphabet and pronunciation) or go to “alphabet and pronunciation” (30 brief lessons with letters, pronunciations and mistakes to avoid). This website teaches you everything you need to know to enhance and accelerate your learning of Arabic. Here is the first video lesson as a sample:

PRACTICING THE ALPHABET ON YOUR SMART PHONE

Another good way of practicing the letters over and over again and quiz yourself  is on your smartphone using your index finger as a writing tool.  Write It! Arabic is the first writing recognition app (as opposed to a tracing App) for the Arabic alphabet! Try it out and realize how much fun it is and how much you learn.

The Arabic Student's Dictionary dictionary will help you look up an Arabic word more accurately than google translate.  It also eliminates the guesswork of figuring out the root, as it provides the root as well as any related expressions. The ideal search is to go from Arabic to English, but you can search by transliteration or also English words.  You can search for any Arabic word as well as any verb form.  Use it on your computer, tablet, or mobile; and watch for the app which will be coming soon.