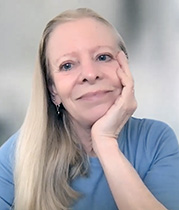 Dr. Lys is of German and Director of Undergraduate Studies in the department of German as well as the Director of the MENA Languages program.  For more information on Dr. Lys's research and publications, visit her German Department Website, or schedule a meeting with her:

Dr. Lys grew up in Switzerland but has lived in the United States for the last 40 years where she received her B.A., M.A,  and . She speaks three languages fluently and has studied French, Italian, Spanish, and Russian.  She has traveled widely in North, South, and Middle America, Europe (including Russia and Poland), Asia, Australia, and throughout the Middle East including Egypt, Israel, Palestine, and Jordan.

Dr. Lys is an internationally recognized expert in the integration of culture in the language classroom and widely published in that subject including a co-edited volume on the cultural integration of both Germanys 25 years after the “Wende.” She has co-produced four which are the main educational material for language learning software she designed. For her various research projects, she received close to ½ million dollars of grant money. Dr. Lys has taught two advanced classes on the refugee in the world with specific emphasis on the integration of refugees in Germany. In 2017, she brought twelve students to Germany to research and interview Syrian refugees including visiting a refugee camp in Berlin where students volunteered for two days. The student-produced web project on their experiences in Berlin is called Notunterkunft. The video below showcases the project.